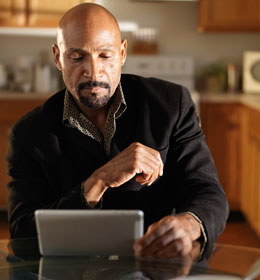 Before I joined OpenNotes, I worked at Health Care For All, one of the country’s leading consumer healthcare advocacy non-profits. I was part of a team, which included volunteers, that successfully advocated for a law requiring all Massachusetts hospitals to establish Patient and Family Advisory Councils (or PFACs). Such councils exist in thousands of U.S. health care systems.

To help ensure the law’s success, we also developed the Massachusetts PFAC Advisory Board and the statewide Patient and Family Advisory Council (PFAC) network so PFACs and their members could learn from one another. It was gratifying to see so many examples of PFACs partnering with their health systems and making a real difference in care. 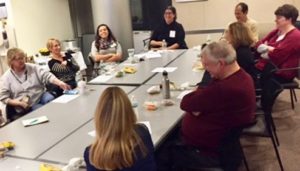 Many PFACs have started to advocate for OpenNotes at their systems.

Because of those experiences, I am passionate about the importance of including patient/family advisors in decision-making across a health system and encouraging them to bring their own ideas to the table. So, naturally, one of the first things I did when I joined the OpenNotes team was to reach out to the PFAC at Beth Israel Deaconess Medical Center to see how we might involve them in our work.

OpenNotes is an international movement dedicated to making healthcare more open and transparent by urging clinicians to share visit notes with patients, securely online using patient portals. The movement began in 2010 with a pilot study involving 105 primary care doctors and 20,000 patients. As of December 2017, close to 100 healthcare systems across the U.S. and Canada are sharing notes with patients (see the OpenNotes implementers map), reaching more than 20,000,000 patients.

The rapid growth is due in part to the advocacy of patients and care partners who want easy access to their healthcare information so they can better manage and coordinate their care.

I have presented to many patient and family advisors about OpenNotes. Without exception, each has been eager to gain easy access to their own health information, and many have started to advocate for OpenNotes at their systems.

Advisors are integral voices as a system implements OpenNotes.

Naomi Price, a member of the PFAC at Kaiser Permanente Northwest, heard about OpenNotes and got the full PFAC interested. They then partnered with IT leadership to bring OpenNotes to the Board of Directors. After Naomi spoke passionately about the importance of having access to her own health information, the Board voted unanimously to start sharing ambulatory care notes across all of Kaiser Permanente Northwest. They have been sharing notes since 2014.

Podge Reed, a leader of the Johns Hopkins Hospital PFAC, learned about OpenNotes and advocated for its implementation. He partnered with clinician champions to spread the word and gather support. The system is scheduled to roll out OpenNotes in early January 2018, and the PFAC will continue to be engaged post-implementation.

The University of Vermont Medical Center PFAC was involved from the early planning stages right through the launch of OpenNotes in June 2017. Three PFAC members sat on an OpenNotes work group along with representatives from various hospital departments. UVM was planning to exclude mental health notes, but because the advisors spoke up, hospital leadership decided to give clinicians the option to share those notes, and some have done so. Watch this video with Margery Rosenblatt (PFAC member) and Dr. James Wallace, OpenNotes physician champion, discussing their OpenNotes journey.

It’s been wonderful to see PFACs get involved in the OpenNotes movement and be instrumental in spreading OpenNotes at their own institutions. To assist them, we created a Patient/Family Advisor Toolkit for advisors who want to advocate for note sharing and for staff who want to learn how to involve their advisors in planning for OpenNotes. From bringing OpenNotes to the attention of hospital leadership to making sure patients know that their system is sharing notes and how to locate and effectively utilize their notes, advisors are essential partners in a successful implementation.

Speaking from personal experience, my family gets care at a Boston-area health system that does not share notes. I have been advocating for OpenNotes at that system as a patient, a caregiver, and as part of my job at OpenNotes. As my children have gotten older, their care needs have evolved. I would love to be able to read the notes from their visits to remind myself what happened and help me prepare for future visits, and I’m confident we’ll make that happen!

If you are at a health system that is sharing notes but is not on our map, please let me know. We see the implementation of OpenNotes as a signal that a system is very patient- and family-centered and we promote our map to consumers. We know from research that 99% of patients do not want to lose access to notes once they have it, and 80% of those who have had access to notes report that if they need to find a new clinician they will look for one who shares notes.

The healthcare system is moving toward increased transparency, and giving patients easy access to their own health information must be part of that movement.