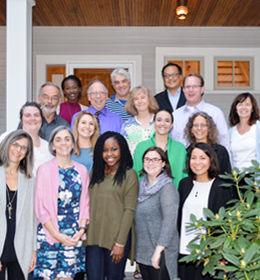 Editor’s Note: Editor’s Note: In seven years, OpenNotes has grown from a pilot program of 20,000 patients at three U.S. health systems to an international movement of more than 16.5 million patients. Last week, Engaging Patients published a post by Macda Gerard, a medical student and OpenNotes research assistant. To add a bit more context, especially for those who may be new to this blog, we have an encore post this week, published in 2014, when OpenNotes was an institutional winner of the Sherman Award for Excellence in Patient Engagement. To learn more, visit the OpenNotes website.

For the challenge of activating and engaging patients in care, few interventions offer more promise than opening the medical record fully to patients. OpenNotes began in 2010 with 105 doctors in 3 cities inviting 20,000 patients to read their visit notes through a secure electronic portal. At the end of the one-year study, patients reported many health benefits, including increased engagement, safety, and education; doctors saw benefits with little burden. Today, the OpenNotes movement has grown from 20,000 patients at Beth Israel Deaconess Medical Center, Geisinger Health System and Harborview Medical Center to more than 3 million patients at multiple institutions nationwide now offering ready access to their notes.

Engaging patients actively is a longstanding and elusive goal of health care. Predicated on the principle that transparency is a necessary catalyst for patient engagement, OpenNotes demonstrates how a simple intervention of opening visit notes to patients can have enormous impact.

The OpenNotes staff, which now numbers 24, met for a retreat late last year.

OpenNotes expands patients and clinicians’ connections by inviting patients to engage with their care plan. Patients read their notes after a visit, and again before the next visit, reminding them of active issues and follow up questions. Patients also better recall their own responsibilities to their health, such as appointments or tests. As this patient experienced, “Weeks after my visit, I thought, wasn’t I supposed to look into something? I went online immediately. Good thing! It was a precancerous skin lesion my doctor wanted removed (I did).”

In addition, doctors and patients independently remarked about increased safety by virtue of having more eyes on the record. As one doctor wrote, “(I) felt like my care was safer, as I knew that patients would be able to update me if I didn’t get it right. I also felt great about partnering with my patients, and the increased openness.” In partnership with our Patient and Family Advisory Council, we are now developing an OpenNotes patient reporting tool, empowering patients to identify mistakes in their notes.

Note transparency also motivated behavior change. As one patient commented, “In his notes, the Dr. called me “mildly obese.” This prompted immediate enrollment in Weight Watchers and daily exercise… I’m determined to reverse that comment by my next check-up.” Anecdotally, some doctors reported similar “power of print” in motivating patients with substance abuse. We are now joined by our psychiatry and social work colleagues in extending open notes to patients with mental and behavioral health problems, and by nurses, therapists, physician’s assistants, clinical pharmacists, and other clinicians who are opening their notes.

As we aspire to make open notes the standard of care in the country, we marvel at the remarkable implications of a simple and immediately actionable intervention. Sharing notes requires nothing more than a decision. Even without advanced technology, clinicians can simply print or copy notes for patients. And placing patients on the receiving end of notes creates a new platform for patient feedback and other innovations in medical education. Looking ahead, we are planning “OurNotes,” an intervention in which providers and patients will co-generate notes. In today’s electronic records, unique social, familial, cultural, and medical determinants of patients’ health often disappears, obscured by templates. We were taught many years ago that a patient walking down a hall should be fully recognizable in the record’s notes. We anticipate that sharing, even co-authoring, notes with patients can restore the patient’s narrative, and empower patients as capable change agents in their health journey.

After a year of sharing notes, patients voted, virtually unanimously, with their feet: a striking 99% wanted open notes to continue. Offered the chance, not a single doctor turned off note access. In addition, 85% of patients said such access would influence their future choice of providers. Many patients opened their notes (82%), and the majority said they took better care of themselves (70–72%), understood their conditions better (77–85%), better remembered the plan of care (76–84%), were better prepared for visits (69–80%), took their medications better (60–78%), and felt more in control of their care (77–87%).

Access to notes was especially beneficial for a unique population of vulnerable patients – those with informal caregivers. Outsiders to the formal health system, the number of caregivers helping the chronically ill or elderly is growing. Among all patients, 20–42% reported sharing their notes with others. As one patient wrote, “It really is much easier to show my family who are also my caregivers the information in the notes than to try and explain myself. I find the notes more accurate than my recollections.” Inviting caregivers to read notes may help decrease medical errors and improve adherence.