A few years ago, I was upgraded to First Class on a flight from California back to Chicago. Not long after I settled in, a tall, muscular man easily four inches taller than me walked up to my aisle seat in the first row and prepared to sit by the window. 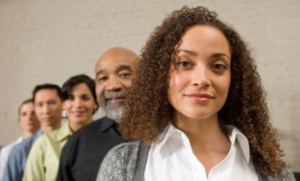 Implications for Engagement and Activation

Race, Ethnicity and Gender Aside