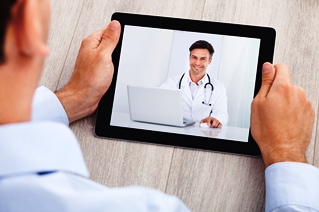 Imagine you have hypertension, an often-symptomless disease, and you’re receiving a daily text message reminding you to take your pills. How would you react? Now, imagine you’re getting the same kind of text message related to schizophrenia, a serious psychiatric disorder. Would your reaction be the same?

When evaluating technologies for patient engagement, the “who” and “why” are at least as important as the “how.” Technology can provide powerful tools for engagement, but different tools work best with different individuals in different circumstances.

Take that text reminder for hypertension. SMS messages for engagement may seem a slam dunk. However, while a systematic review of clinical studies agreed that the potential was real (“the intervention can be delivered at any time and extra support can be requested wherever and whenever it is needed”), evidence that the reminders increased compliance was equivocal. A randomized clinical trial underway at a South African health center is trying to adjust for gender, age, baseline systolic blood pressure, years with hypertension and previous clinic attendance. Meanwhile, a randomized trial for patients with heart disease, just published in the September 22/29 issue of JAMA, found that four “lifestyle-focused” text messages each week for six months produced a “modest” improvement in cholesterol levels and blood pressure, though the duration of that change has yet to be ascertained.

B.J. Fogg, director of Stanford University’s Persuasive Technology Lab, has written that behavior change depends upon three factors affecting the individual: being sufficiently motivated to act, having the ability to perform the behavior and being triggered to perform the behavior. Increasingly, information technologies for patient engagement are being designed with those principles in mind and measurable behavior change as the goal. 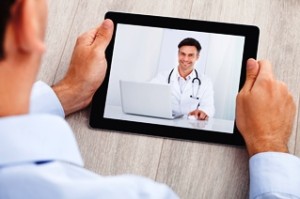 So, for instance, a group of clinicians working with young Hispanic adults suffering from lupus found text messages on medication adherence ineffective. As an alternative, they arranged for patients to FaceTime a clinical nurse when it was time to take oral corticosteroids or other treatments. This “directly observed therapy,” they said, “improved medication adherence in 100 percent of our patients and resulted in…a general decrease in disease activity scores.”

Whether those results are scalable or will apply to young adults with other chronic diseases remains to be seen. However, the flexibility to mix and match old and new technologies is crucial, particularly as technological options proliferate. Think, for example, of the patient engagement potential of a device that lets a provider enter a unique code and instantly reach any patient anywhere at any time. You undoubtedly own one already: it’s called a “telephone.”

As I and my colleague Jane Sarasohn-Kahn, wrote in a recent book chapter, “Certainly, old and new media alike have a part to play in prompting behavior change, sometimes separately and sometimes complementarily….[But] new media can speed up engagement.”

One form of new media is online patient communities offering emotional support, resources and tools. Using sophisticated algorithms, after all, is what makes PatientsLikeMe a collaboration rather than a chat room. Collaboration provides a similar context for a company like Conversa, which moves patient-generated data from digital devices directly into the electronic health record.

However, there can be a fine line between collaboration and coercion. In September, the Food and Drug Administration approved a medication adherence indication for a device from Proteus Digital Health. The device uses tiny ingestible sensors attached to drug tablets, while the patient wears a patch that can detect when the pills have been swallowed. The patch, reports medGadget, “then uses its built-in Bluetooth antenna to share when every pill was swallowed with the matching smartphone app, which in turn passes the readings to family, caretakers, and the patient’s physician.”

One customer for the device is the maker of the drug Abilify to treat schizophrenia and bipolar disorder. The company, Proteus, wants to sell a new version of its medication that uses the technology to improve adherence. An article in Wired noted that Proteus was sensitive to the idea that this was “monitoring” and stressed that the patients who were candidates for the device were “those who want to take their meds but forget.”

Proteus is hardly alone in its balancing act. As I’ve written previously, enabling better compliance is not quite the same as enabling better patient decisions in which the patient’s preferences may or may not accord with the doctor’s. This is where the “how” and the “who” of information technology for patient engagement encounter the “why.” That may be the most difficult challenge of all.