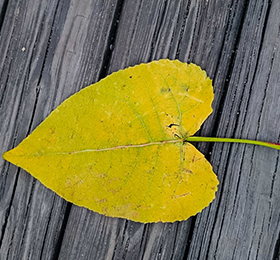 Earlier this month, I wrote about a friend who went through a coronary stent procedure as an engaged patient. I talked with him frequently throughout the experience, supporting his instinct to ask questions and participate in decision-making. Looking back, we see our attempts at gathering information and educating ourselves as a mixed bag.

“Heart” (cropped) by Luna Moonchild. Licensed under CC BY 2.0

This adventure began when my friend experienced some shortness of breath and chest pain, had an electrocardiogram and was referred to a cardiologist by his primary care physician (PCP). A few weeks later, he had cardiac catheterization and angioplasty with stent placement.

My friend’s procedure went smoothly and was successful. The engagement experience was more complicated. When I heard that he might get a stent, I recalled having read differing opinions about the use of coronary stents. Having good access to information, including peer-reviewed journals, and better-than-average awareness of medial news meant we understood there were choices to be made: Coronary stent or medication alone? Bare-metal or drug-eluting stent?

My friend asks good questions, and I encouraged him with articles and background information. He was able to participate actively in discussion and decision-making about his care. The downside related to our working with good but incomplete information and creating what turned out to be unnecessary anxiety.

We’ve had a number of conversations reflecting on the experience. I’ve asked him to describe what it was like for him. Was my input helpful? If he had a do-over, what, if anything, would he do differently?

Well, if you hadn’t alerted me to controversy about stents, my treatment probably would have been the same, and the experience overall might have been easier. But I ended up understanding better what choices were made and why, even if it took awhile to sort everything out.

After reading the articles you gave me prior to the procedure, I wondered if a stent was going to be necessary or the best choice. Would medication therapy alone be better for me.

After meeting with the cardiologist and scheduling the catheterization, I asked my PCP for his opinion. By then, I was familiar with various questions about the use of stents. My doctor said that stents were an important advance in treating coronary blockage, by far the treatment-of-choice for most patients. He had referred me to a cardiologist he knew well and trusted. After that conversation, I was confident the cardiologist would make the right choice, which was likely to be a stent.

Although I was focused primarily at that point on whether I might need bypass surgery, I did ask my cardiologist to explain the different kinds of stents. He said the drug-eluting kind is preferred over the bare-metal one, even though it requires patients to take dual antiplatelet medication for at least a year. At the time, I didn’t fully understand the benefits or appreciate the risk posed by non-compliance with the drug regimen .

A week later, as I was being prepped, a medical resident described what the procedure involved and what my follow-up care was likely to include. He emphasized that if I did have a drug-eluting stent placed, it would be very important to take my medications every day; miss a dose, and I would be at risk for serious medical problems.

As I recovered from the procedure, which included placement of a drug-eluting stent, the burden of following the drug regimen settled in. I recalled one of the medical journal articlesI’d read, which reported similar outcomes with drug-eluting and bare-metal stents. I began again to have doubts about the choice of treatment.

At a follow-up visit three weeks later, I confessed my doubts to my cardiologist. He was able to explain what he feels are clear advantages of the stent he used, the role played by the medications, and why this was a good choice for me. Up to that point, I hadn’t understood why drug-eluting stents were the preferred treatment. I was reassured by his explanation and agreed with his choice.

In retrospect, I wish I had fully understood earlier how drug-eluting stents work and why it is a good choice for me despite the hassle of taking the pills. I advise caution about do-it-yourself medical research.  The journal article led me to doubt my cardiologist’s decision and fed my anxiety. Being an engaged patient is clearly valuable but you do run the risk of confusing yourself. Fully understanding the choices physicians spend their careers perfecting is not a simple task. If you have a physician you trust and is willing to work with you, he or she is a great source.