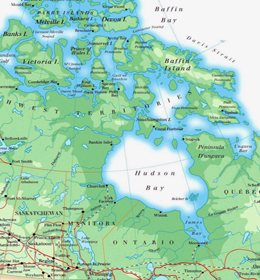 Earlier this month, I reviewed notable articles about patient and family engagement published in 2018. Reflecting my own bias, all of the articles on my list reflected experience in the United States. The U.S. bias was subconscious until I discovered a special issue of Healthcare Quarterly,a journal published by Longwoods Publishing Corp., based in Toronto. I now add this issue to my previous list, and am able to hold true to the requirement that my “notable’ publications be available through open access.

The issue came to my attention through an online forum for members of the Society for Participatory Medicine (SPM). In a discussion about certification for patient advocates, Annette McKinnon from Toronto mentioned the Healthcare Quarterlyissue. As a founding member of Canada’s Patient Advisors Network she is further evidence of an active, richly experienced community of engaged patients to our north and of the vibrant, international membership of SPM.

Patient engagement as an international revolution

Introducing the issue, the co-editors—a patient and a clinician researcher—refer to the “international patient engagement revolution,” which they see as having grown steadily over the past decade, reached a level of maturity, and now ready to support individuals in assuming greater leadership roles to advance the goals of patient-driven healthcare systems. The identities of the two co-editors – a patient and a clinician-researcher – are consistent with their goal that most articles include patients as co-authors.

The issue focuses on the role of patients, family members and citizens engaged in improving the healthcare system more than on individuals engaging in their own health and wellness activities. The articles, which include one non-Canadian example, from the Netherlands, describe the experiences of organizations that have worked on building capacity for patient and family engagement, fostered leadership, developed implementation methods, included patients in research, and devised ways to measure and evaluate patient engagement in system improvement.

Looking to the future of patient engagement

The co-editors join forces with two more writers to provide a useful synthesis article at the conclusion of the issue. They draw lessons from the earlier articles and project forward, identifying what will be needed to grow a “healthy ecosystem for patient and citizen partnerships.” Noting that partnerships are important at all levels of healthcare—individual, organizational, and system-based—they stress the need for non-hierarchical recruitment, training, and mentorship. Which is to say that learning and communication should flow in all directions, not just down from on high.

The other article in the issue that looks to the future expresses concerns I’ve heard discussed elsewhere but not seen published in a comparable way. In “The Capacity for Patient Engagement, What Patient Experience Tells Us About What’s Ahead,” patient-activist Carolyn Canfield examines gaps in the community of engaged patients and family members who work, usually as volunteers, to improve the system for others. Because most of them come to this work after experiencing a system failure of some kind and because the work is difficult and demanding, these engaged patients are not truly representative of all patients. To the extent that a broad range of patients and citizens can be enlisted and supported, the engagement movement will be strengthened.

While exceptions come immediately to mind (and often have been published on this blog), many people who are ill and deeply involved with the healthcare system are not able to participate in improvement efforts. Also, people who are strapped economically or shy socially are less likely to step forward. Canfield is concerned that “those who most need their voices heard within the system seem least likely to gain entry.” She offers the (aforementioned) Patient Advisors Network as an organization that helps empower those who might not be able to participate without the support of a group. The same can be said for SPM, though its goals and work are somewhat different from PAN.

Regardless of how one feels about the current make up of the patient engagement community or state of movement toward greater involvement in improving the healthcare system, there is likely to be material of interest and value in this issue of Healthcare Quarterly.