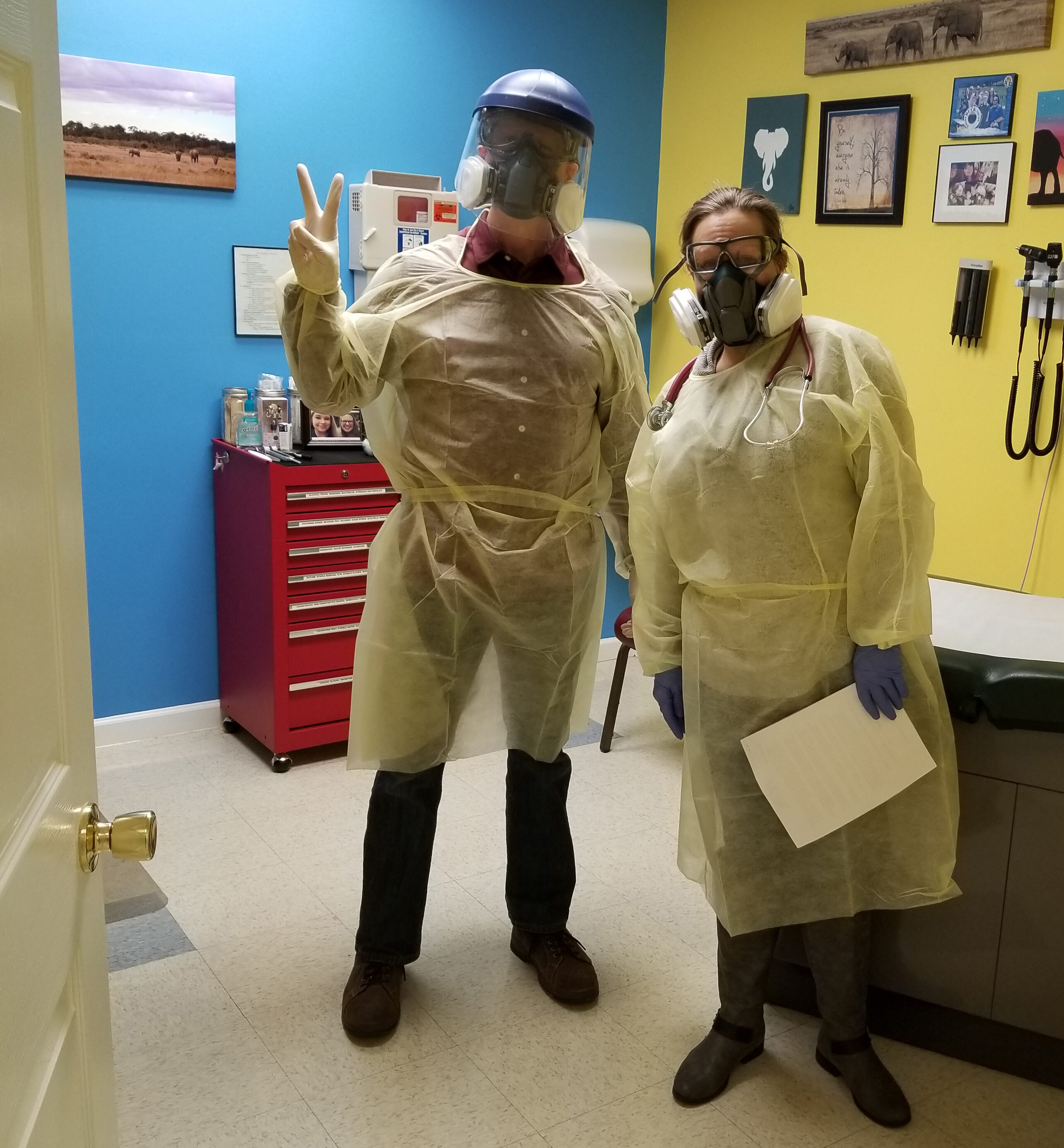 Editor’s Note: This story, first published by Kaiser Health News, describes adjustments made by patients and clinicians at River Bend Family Medicine, a physician’s office in Maryland, during the coronavirus outbreak. It demonstrates both the advantages of telemedicine and the irreplaceable role of personal relationships in medicine.

Patients would often stop by River Bend Family Medicine just to gab with staff at the front desk or bring baked goods to Dr. Matt Hahn.

“I’m a simple country doctor,” said Hahn, who has practiced in Hancock, Maryland, for 20 years ― the past decade at his River Bend office. “Our waiting room is like a social network in and of itself.” Hahn is also a candidate for West Virginia’s 2nd Congressional District though he has backed away from campaigning because of the coronavirus threat. 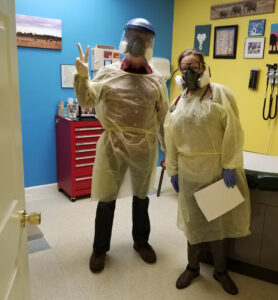 His waiting room is now closed for the same reason. But Hahn’s practice in this small town — pinned hard up against the borders with West Virginia and Pennsylvania, about 100 miles northwest of Washington, D.C. ― is not.

Patients who need an in-office appointment call when they get to the parking lot and wait there instead. A staff member escorts them in, opening all the doors, telling patients not to touch anything. Those who are ill use one specific entrance, which leads them upstairs where they are met by staff who follow strict infection-control measures. The rest, such as those coming in with a wound or a diabetes checkup, are treated downstairs.

Still, Hahn now sees most of his patients in telehealth appointments, linked to their computers or smartphones. He can do a lot over video and phone, he said. Some things present more of a challenge, though. With rashes, for example, “people are angling their bodies to show a body part to their camera,” said Hahn. “We’ve had some fun with that.”

Humor remains important during this coronavirus crisis. But, jokes aside, Hahn isn’t taking any of it lightly. As of April 6, 37 coronavirus cases were confirmed in Washington County, which encompasses Hancock, and the governor of Maryland on March 30 issued a statewide stay-at-home order.

On March 17, the Trump administration used emergency powers to expand Medicare payments for telemedicine so that more doctors, hospitals and clinics could be paid for such services. While the expansion applies only to Medicare, Hahn said other insurers moved quickly to do the same. Previously, telemedicine coverage was generally limited to people in remote or underserved areas. Even though it’s at least 30 minutes from the nearest hospital, Hancock is not considered remote.

“It’s something we really wanted to do — we didn’t want to shut our doors,” said Hahn, who trained at George Washington University School of Medicine, in Washington, D.C.

Across the country, practices large and small, like River Bend, are enlisting the help of such technological innovations. In addition to the changes to Medicare reimbursement rules, the administration has loosened privacy enforcement for medical providers making “good faith” efforts to use non-public video services: Facebook Messenger is OK, for example, but Facebook Live is not.

Still, online visits are not perfect.

For one thing, internet service can be spotty, Hahn and nurse practitioner Lora Cole said. Another concern: The new rules required the use of both audio and video in consults with patients. But on March 30, the Centers for Medicare & Medicaid Services took an additional step of further loosening telehealth restrictions to allow providers to conduct the telehealth exams for beneficiaries who have audio phones only.

Another concern is that some patients are not that familiar with computers or smartphones, making telehealth consults more challenging, according to Hahn. And a number of them don’t have access to the internet.

For those who do, the staff tries to help them download apps, go to websites, adjust their cameras or turn on the audio.

“The first few days were frustrating. We spent much of the day trying to get people to paste an address into the right line and put in a nine-digit code,” said Hahn.

Part of the problem was they were trying to use a wide variety of different websites or apps. Once they narrowed the choices, the process got easier. Hahn settled on using Google Duo on his phone, while Cole and the other nurses use the web service GoToMeeting in their virtual exam room.

“We give them the code. They click join. It’s a couple of steps that are very quick and easy,” said Cole.

Those who struggle aren’t having problems with the programs themselves, she said, but with maneuvering their smartphone or computer. She and the nurses in the office walk them through it when they can.

“We take a big deep breath,” said Cole. “With some of our patients, we have actually asked them to find someone ― a family member — who can help them.”

The visits themselves work out just fine, even if they are missing a certain, well, human element, both say.

“It has been very hard on my heart,” said Cole, who said her patients know she loves elephants, often bring her presents to add to her collection of pictures, figurines and other tchotchkes. “I miss my patients. I miss being able to see them and give them a hug.”

Clinically, it has limitations, as well.

“I can’t see the entire body. I can’t do a physical exam,” said Hahn. “But, this is a wonderful thing to have right now. Until we have some break in this situation, we want to keep people home. This gives us the opportunity to take care of patients and keep patients safe and staff safe. Under these circumstances, I am not complaining.”

Someday, Hahn and Cole hope things return to normal, whenever that will be.

And what will things look like at River Bend when it’s all over? Will they still rely heavily on video visits? It hasn’t come up yet.

“We just don’t have time to think or even discuss what the future may hold,” said Cole. “We’re just totally focused on what we have to do that day. Personally, I want it to go back. I want to see my patients again.”