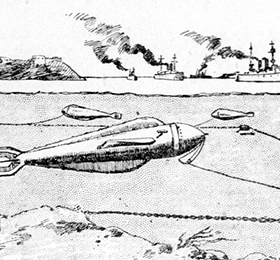 There may be no better demonstration of the political weakness of the patient rights movement than Medicare’s recent cancellation of a major initiative on shared decision-making.

Let’s briefly examine the evidence: 1) The program was cancelled; 2) Although six clinical conditions were to be part of the effort, its demise attracted only brief mention in a few trade publications, such as this one; 3) Patient advocates mounted no discernible political response.

CMS said that of 525 ACOs eligible to participate, not one volunteered to do so, and an outside expert to whom I spoke suggested that inadequate compensation for participation and vague guidance on implementation could have scared off participants. Unfortunately, we may never know.

Still, the absence of “volunteers” to share power with patients is a familiar theme. The CMS Oncology Care Model, launched in 2016, trumpeted shared decision-making in its draft description of the program, but the requirement was dropped in the final version. Like the ACO shared decision-making program, the cancer care model depended upon voluntary provider participation.

Promoting shared decision-making was part of the legislative language of the Affordable Care Act, and CMS under the Obama administration championed it in certain bundled payment initiatives, administrative rules and other specific instances. For example, a measure related to the treatment of hepatitis C for Medicare patients calls for “treatment choices appropriate to genotype, risks and benefits, evidence of effectiveness and patient preferences towards treatment.” However, it’s currently unclear which bundles will survive and what their requirements will be.

Meanwhile, although the bipartisan Medicare Access and CHIP Reauthorization Act listed “shared decision-making mechanisms” as an area for measure development under the Merit-Incentive Payment System, Obama administration rules implementing that mandate were about as provider-friendly as could be. Physicians had to show they’d shared the patient record, sent a secure electronic message and used patient-generated health data, but each of the three actions needed to include just one “unique” patient a year. The future of MIPS itself is also cloudy after a Congressional advisory group recommended its discontinuation.

A separate CMS model program announced in December 2016, at the same time as the one recently discontinued, envisioned setting up Decision Support Organizations “outside of the clinical delivery system…[by] organizations that provide health management and decision support services.” Applications for the Direct Decision Support model were due last March, but the CMS website says they are still “under review.”

Policy-Making Muscle—Use It or Lose It

The common thread in these examples is patients’ lack of political power. There was no groundswell of aggrieved patients pushing back on the weak MACRA regulations, the omission of a formal shared-decision making mandate in the cancer model or the quiet death of a shared decision-making pilot for ACOs involving conditions as varied as a herniated disk and prostate cancer.

Moreover, CMS’s backing of shared decision-making in particular is weakened by the absence of conclusive evidence it saves money. As a result, one might argue that CMS is right to placate overburdened providers instead of pushing a poorly defined (in many doctors’ minds) process lauded as “the pinnacle of patient-centered care.”

There are persuasive responses to these assertions. To begin with, there’s the obligation to address the too-common situation where patients intimidated by physician expertise act less like “consumers” and more like someone suffering from “hostage bargaining syndrome,” as a recent analysis in the far-from-radical Mayo Clinic Proceedings put it. Even educated and assertive patients are too often ignored, even when their child’s life is at stake. These types of arguments, however, need to be made with a voice that commands the attention of the policy community.

It’s true that patient “engagement” is flourishing in value-based payment situations in which it seems both good for patient health and for the care system’s bottom line. Financial pressures as well as regulatory ones are similarly prompting drug and device companies to increasingly incorporate the patient’s voice into research.

But sincere dialogue is not synonymous with significant power-sharing. When patient goals parallel what drug and device companies, entrepreneurs, hospitals and doctors also want, those goals stand a good chance of policy success. One example is the 21st-Century Cures Act.

As for the times when those interests diverge, the political equation is simple. If patients don’t muster the muscle to make sure they share in policy decisions, then they won’t.