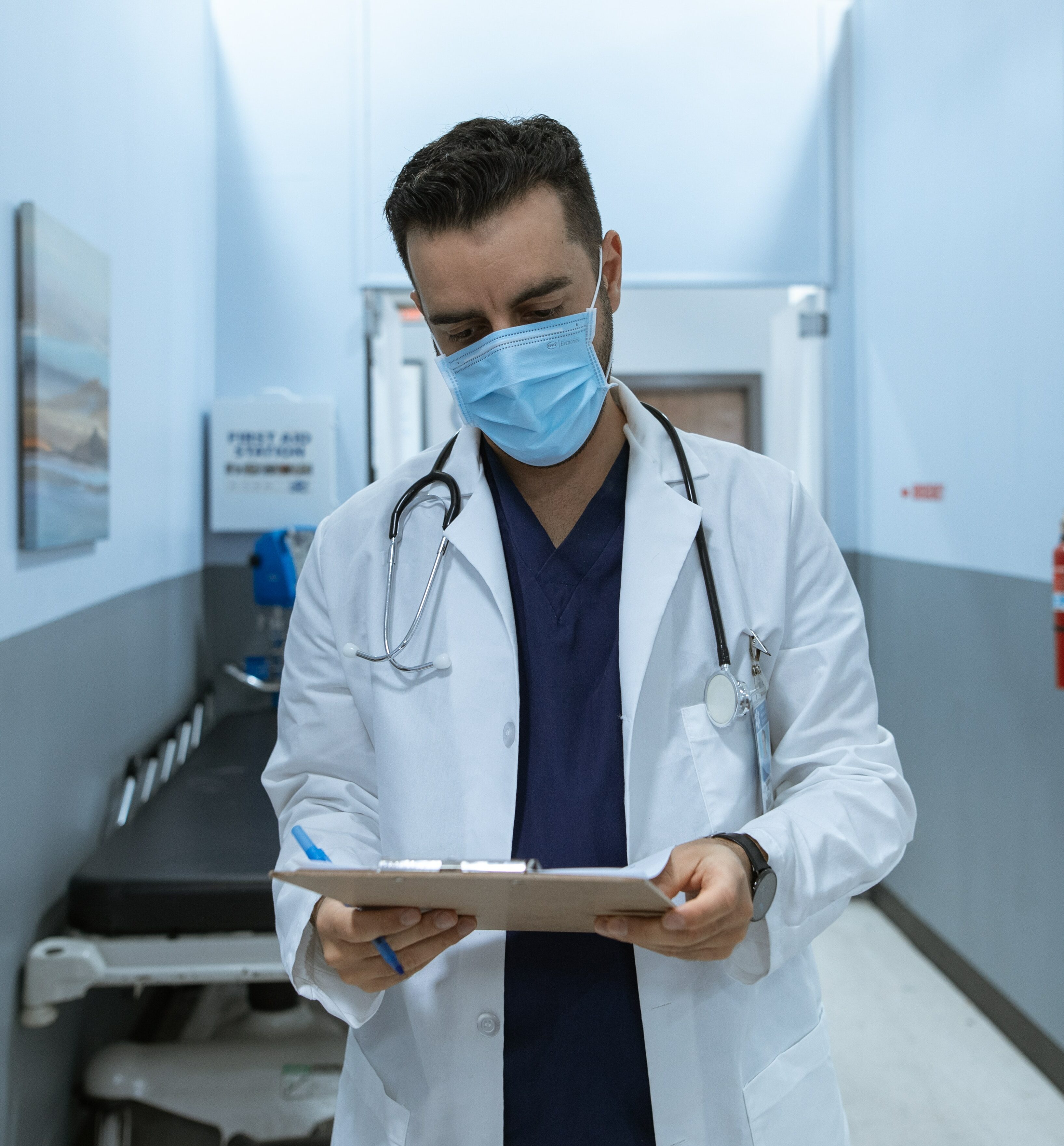 I’m happy to wear a face mask when I’m with people outside of my home “pod” and appreciate the infection control measures people around me, including my healthcare providers, take to keep us all safe. Masks are a simple, effective and crucial safety tool these days, but there is no denying that they can make it more difficult to communicate.

When the pandemic made mask wearing universal in healthcare settings, some clinicians began wearing photo buttons showing their maskless, smiling faces to help calm patients anxious for the connection and reassurance conveyed by a friendly smile. Face masks with a clear or transparent “window” that leaves the face visible have been available for some time but not commonly used. These transparent masks have now been studied in a randomized trial at outpatient surgical clinics, with useful lessons about communication and patient perceptions that may apply broadly to other healthcare settings.

In the study, just published in JAMA Surgery, surgeons whose faces were visible through clear masks scored higher  in patient surveys than surgeons wearing opaque masks. When patients could see the surgeon’s face, they gave them higher scores for:

Surgeons at a U.S. academic medical center in were recruited for the trial by email and chosen based largely on their schedules to create a group of 15 with upcoming plans to meet new patients for initial clinic visits. Six of the surgeons were women, nine were men, and the group was racially and ethnically diverse. Seven surgical specialties were represented.

Two hundred patients were enrolled in the study; half would be seen by physicians wearing clear face masks and half wearing opaque masks. Roughly half the patients were men and half were women; nearly two-thirds were white and one-third were Black. All patients were proficient in English, had no difficulty hearing, and were able to independently engage in medical decision-making.

Surgeons were randomized and told which style of face mask to wear for each patient. After the clinic visit, each patient was questioned using a modified version of a national survey tool for measuring the effectiveness of communication.

Patients gave the clear mask a unanimous positive rating compared to the opaque covering and gave surgeons wearing the clear mask significantly higher marks for having provided understandable explanations. Authors of the study point out the perceived difference in clarity of communication is likely related to non-verbal cues; it’s unlikely that the kind of mask worn affected the surgeon’s word choice. Additionally, patients reported being able to hear surgeons wearing the clear mask better, apparently due to lip-reading.

In an accompanying editorial, other surgeons observe that higher scores for empathy and trust given to surgeons in clear masks may say more about the downside of opaque masks than the added value of facial visibility. The editorialists offer that patients may associate a covered face with secrecy or a lack of transparency, “viewing the mask as a form of disguise or concealment.”

Surgeons in the study preferred the opaque mask, perhaps because they questioned the efficacy of the clear vs opaque mask, which was the familiar and accepted N95. The clear mask employed was approved for this application but not commonly used at this time. In response to this question, four of the surgeons did say that the patient’s preference would influence their choice of one mask over the other, so the effect of the study results on common practice remains to be seen.

This is the first in what should be a series of studies exploring the effects of policy revisions and social habits that changed suddenly in response to the pandemic and have now become part of normal practice. As surgeons and other clinicians plan for universal mask use to continue for the foreseeable future, this study provides useful information about what matters to patients, as well as the effect on communication.