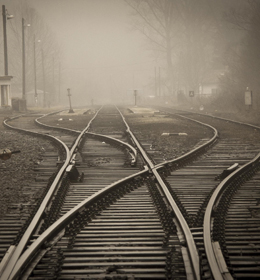 Always Ask, “What Else Could This Be?”

Kevin Walsh had a history of lower back problems, so when he felt a twinge while at work on a Friday morning, he was not overly concerned. By evening, he was limping and in so much pain, he left the door to his townhouse open to expedite take-out food delivery and went to bed. His condition deteriorated for another 36 hours before he called for an ambulance early Sunday morning. It wasn’t until Monday, when a urine sample revealed an infection, that physicians suspected that sepsis was the cause of Kevin’s problems. Now fully recovered, Kevin is an Enterprise Engagement Manager at Turbonomic in Boston. Previously he was a Data Compliance Manager at the Commonwealth of Massachusetts’ Center for Health Information and Analysis (CHIA), the state agency that houses the Betsy Lehman Center.

Kevin Walsh: Certainly, if people were more aware of the signs and symptoms of sepsis, they would have a better chance of catching it early, when treatment is most effective. I got help within a couple of days, which sounds fast, but I became very sick very quickly. Had I let another 24 hours go by, I might have been in a critical situation. As it was, I could barely make it down the stairs of my house and lay down on the dining room table to wait for the ambulance that morning! 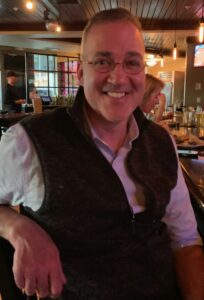 I got through the initial experience that weekend by paying attention, listening to my body, recognizing that I was degrading quickly and that none of my tried-and-true, over-the-counter pain remedies were working. I had bit of an advantage because I had worked with hospital case-mix data while at CHIA and therefore may be more familiar with managing health situations than most people. Even so, I can see now that I should have called for help sooner than I did.

In addition to recognizing the importance of knowing the signs and symptoms of sepsis, I now see a danger that I will try to avoid in the future. That danger is “confirmation bias,” which I and the physicians all fell sway to. Because I had a history of back trouble and the pain was in my back, we all assumed that was the source of my problem. None of us asked, “What else could this be?” Making the extra effort to ask that question might have led one of us to recognize sepsis earlier. Never assume you can self-diagnose with certainty. Your familiar signs and symptoms could be indicating something very different, especially with something like sepsis that can so easily mimic other conditions.

And last, I want people to know how important it is to advocate for yourself in care situations, for sepsis or anything else. When I was in the hospital, the nurses and physicians were so focused on battling the infection, they missed other things I was going through, some of which were side effects of the treatments. I had to work hard to raise my concerns and have them addressed. There is a common belief, especially in older age groups, that the doctor knows best, that the professional knows better than you do. The honest truth is that you know your body best